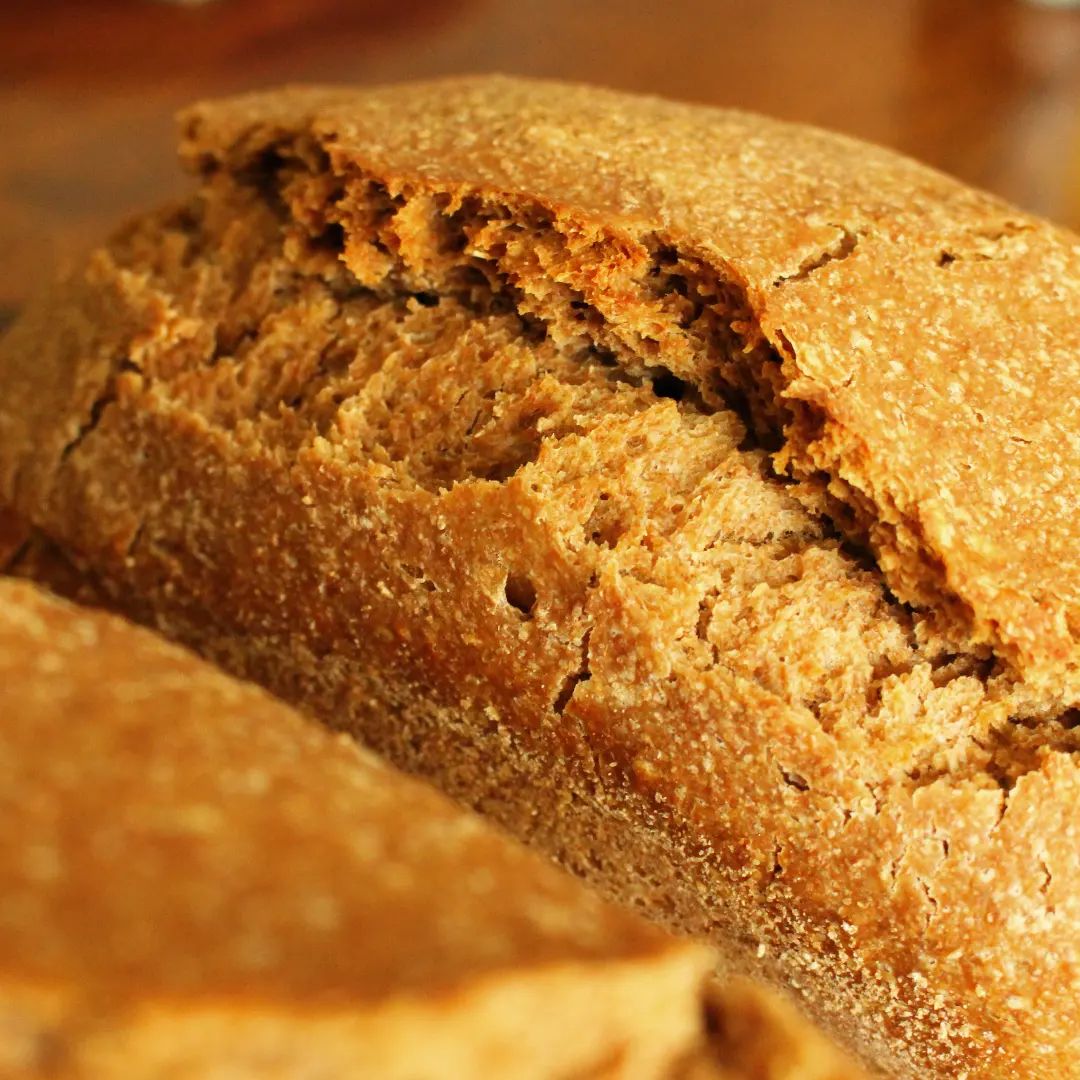 Can you imagine the crunch? Sourdough doesn’t have to be white to have a crust that’s heavenly. This is 100% wholegrain spelt, high hydration, baked in a ceramic tin made by @emilehenryfrance.
.
The recipe for this loaf is in the resources section of my site (along with many more recipes), which is www.ancestralkitchen.com. There’s a wholegrain pizza recipe there too 🙂 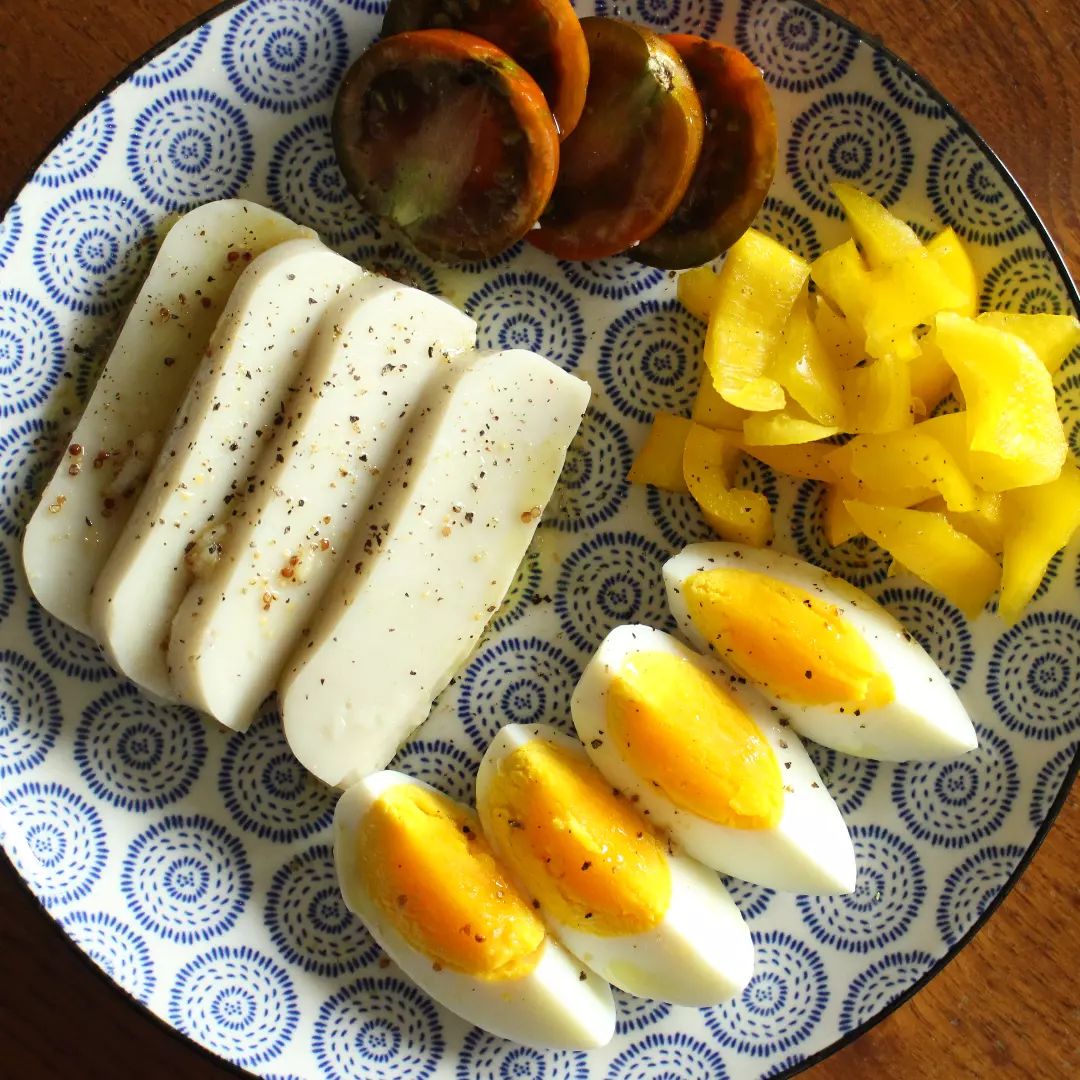 On the left, in slices, we have llymru, a traditional Welsh oat fermentation that produces a delicious sour jelly-like treat.
.
Oats, until the middle of last century, were *the* staple of the Welsh. And just like the more famous oat-eating Scots, this population came up with many ways to prepare and eat the grain.
.
Here oats are fermented with buttermilk for a few days then strained. The liquid is then cooked and ‘set’ into this jelly.
.
Further north, in Scotland, oats were also fermented, but there it was into a dish called sowans. Unlike the llymru you see here, sowans doesn’t use a ‘starter’ to get going – solely wild yeast/bacteria. I have a course on how to make sowans in your own kitchen over at @thefermentationschool (link in my profile) if oats are your thing.
.
Meantime the oat discoveries continue here! I’m writing an article for the Wise Traditions journal on oats and am thinking a little cookbook might want to be born from all my recipes!
.
Getting some more pics and video up in my story/highlight today. 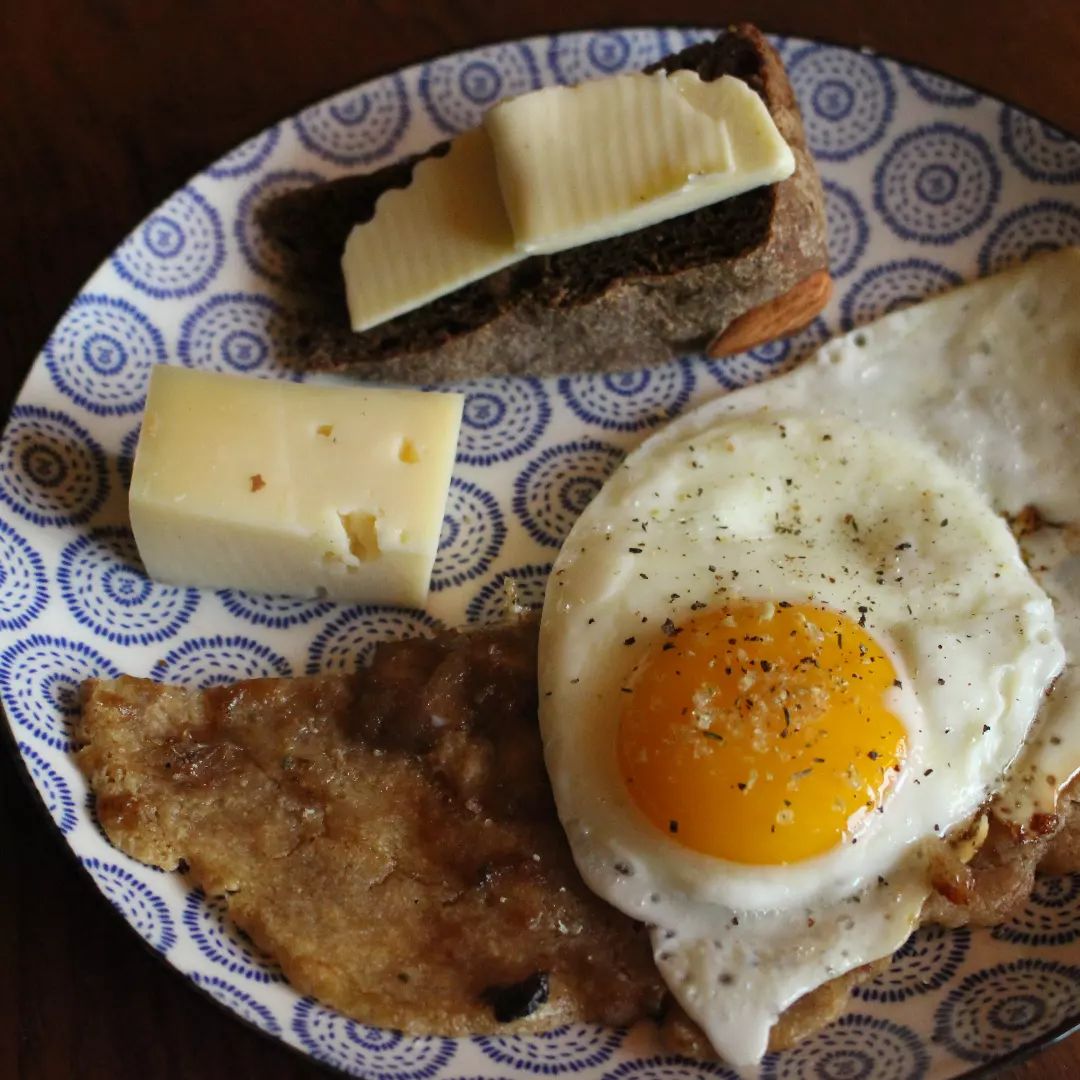 What would you eat first?
.
The order in which we eat our foods fascinates me. I’ve historically been a “save the best for last” girl and I thought everyone did that till I quizzed my hubby, Rob, who eats he most appealing thing on his plate first.
.
I think perhaps there’s more wisdom in his choice. Often the last few years I’ve saved the best till last and then been to full to eat it. In the past, I would have eaten it anyway but I don’t anymore and am often sad that the ‘prize’ ends up going in the fridge for later!!
.
What do you go for first? And is it always that way? I think the ‘best’ food is subject to change, based on our moods, tastes, the weather and much more.
.
This was my supper one night this weekend. And here’s my order:

First: The sourdough rye spice bread covered in salty butter.
.
Second: The fried egg yolk (with lemon and thyme salt sprinkles) with half of the super-sour rye discard pancake.
.
Third: The nobble of local ‘fresco’ pecorino cheese.
.
Last: The lard-crispy egg white and the last of the pancake.
.
Would you follow suit?!
.
(Recipes for the rye spice bread and pancakes are part of my course Rye Sourdough Bread: Mastering The Basics at @thefermentationschool – link in profile)

Fertility is an indication of peak health. Yet, in our modern-day thinking, we have reduced fertility to simply something you look at when you want to get pregnant. In this episode, we recount Alison’s incredible fertility journey, what the doctors told her about her hopes of ever conceiving naturally, and what she found as a solution.… END_OF_DOCUMENT_TOKEN_TO_BE_REPLACED

If you want to try some long-maturing honeyed gingerbread dough for Christmas cookies, don’t think October is too early to start! Traditionally, doughs with flour and honey were laid down to ‘ferment’ for months before the final recipe was mixed … END_OF_DOCUMENT_TOKEN_TO_BE_REPLACED 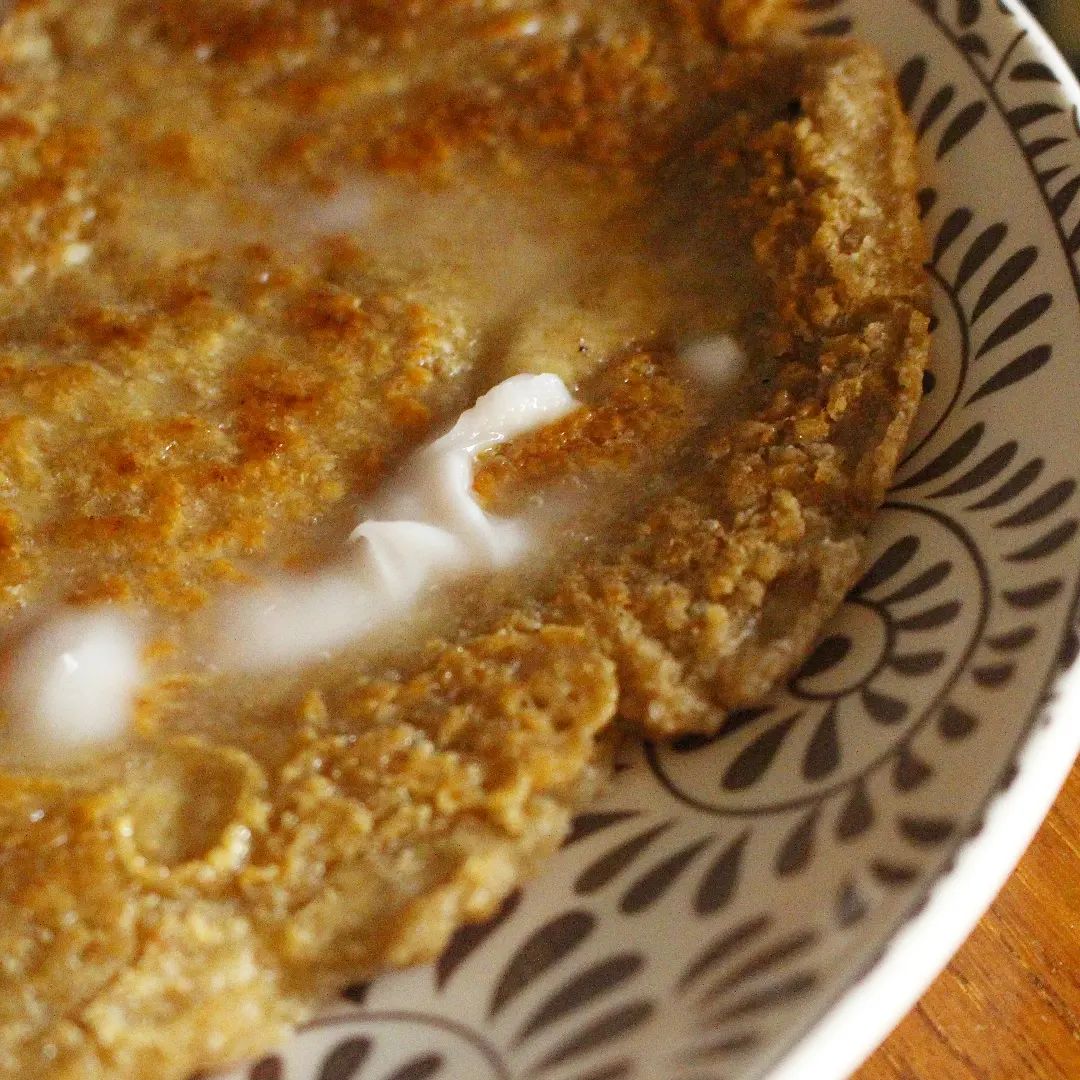 Sourdough Staffordshire oatcake warm from the pan with melting home-rendered lard.
.
I’m honing two traditional British oatcake recipes for a forthcoming article in the #wapf journal. And I cannot say which one I like better!! There’s the traditional Scottish one; crunchy and biscuity, but there’s also this soft, pancake-like one from Staffordshire, in the middle of England.
.
Warm, for breakfast, with gooood fat and I cannot imagine anything better:-) 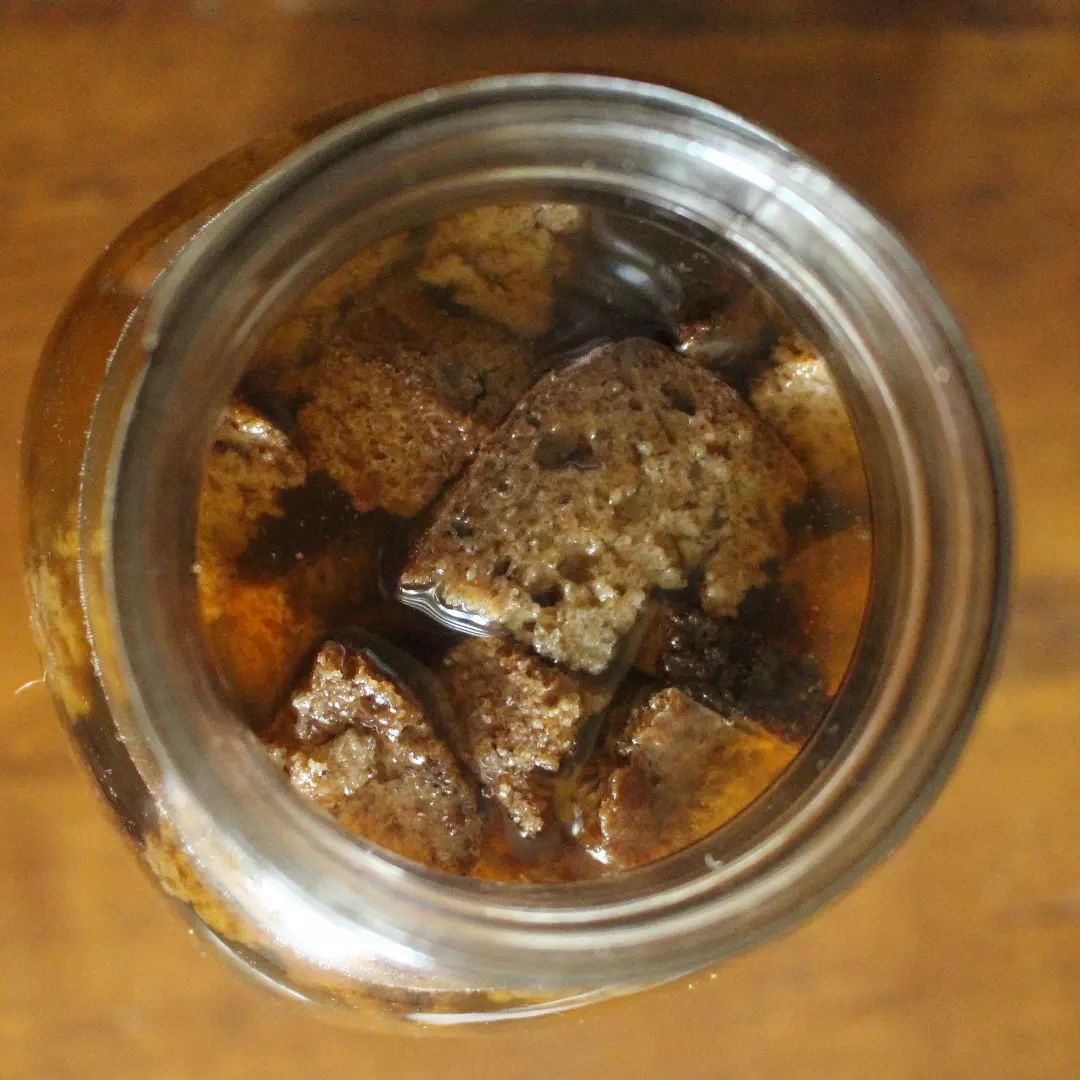 Old rye bread, sugar and water – that’s all you need to make a fizzy, sweet, slightly boozy drink that is full of live goodies that’ll aid your digestion in its incredible work.
.
Some recipes out there soak the bread in water, drain it and then sugar-spike that liquid before fermenting. Other recipes use yeast.
.
My method relies on the power of wild yeasts as well as putting the bread right at the heart of the ferment – as you can see here! I use that same bread over again – a bit like you do kefir grains – to make bottle after bottle.
.
This is my husband Rob’s favourite of all the fermented drinks I make. He particularly likes the second ferment flavoured with cloves.
.
There’s a recipe (with photos and videos) on my site. I’ve made it the first button in the recipes section of my profile link if you are ready to have a go at kvass yourself! 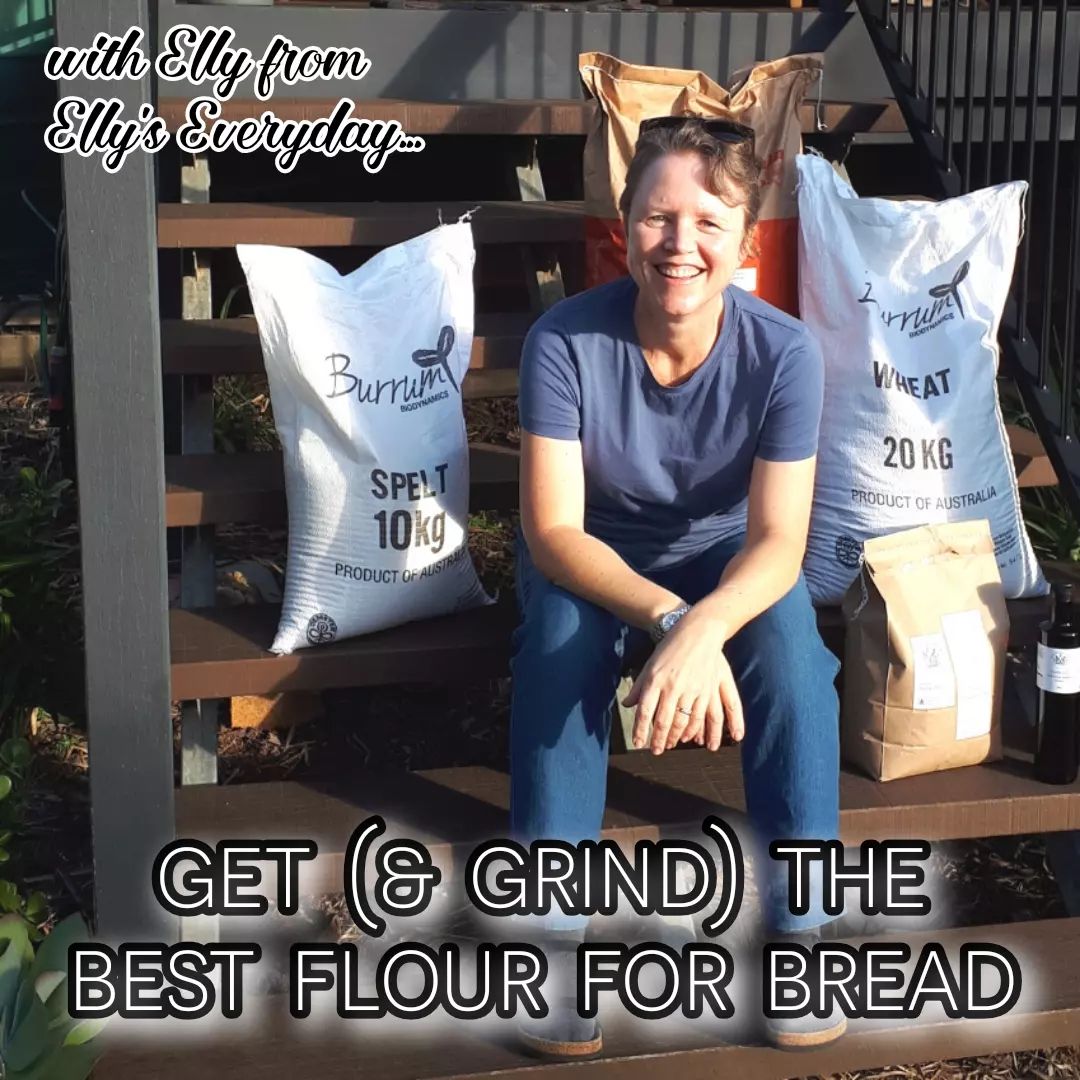 If you make sourdough, you’ll know how much energy it takes and it how important it becomes in your kitchen and life. So it makes sense to get the very best raw ingredients you can.
.
Today on the podcast, we welcome back Elly from @ellys.everyday to talk about the heart of bread: flour and grains.
.
Listen in to hear about how to get the best flour for your bread, how to grind your own berries into flour, how to store grains/flour (including how to avoid weevils, which I just had in my spelt!) and how Elly seemlessly goes from the huge grain sacks you can see in this photo to beautiful fresh sourdough.
.
Elly has taught me so much, listen in for an education as well as tonnes of inspiration! 🙂 You can search for @ancestralkitchenpodcast in your podcast app or stream/download from the link in my profile.

“Find a supplier of as locally sourced grains as possible…find a mill; a coop and support them!” If you’re a bread-maker, this episode’s for you. We welcome back the fabulous Elly from Elly’s Everyday to the podcast to talk about … END_OF_DOCUMENT_TOKEN_TO_BE_REPLACED